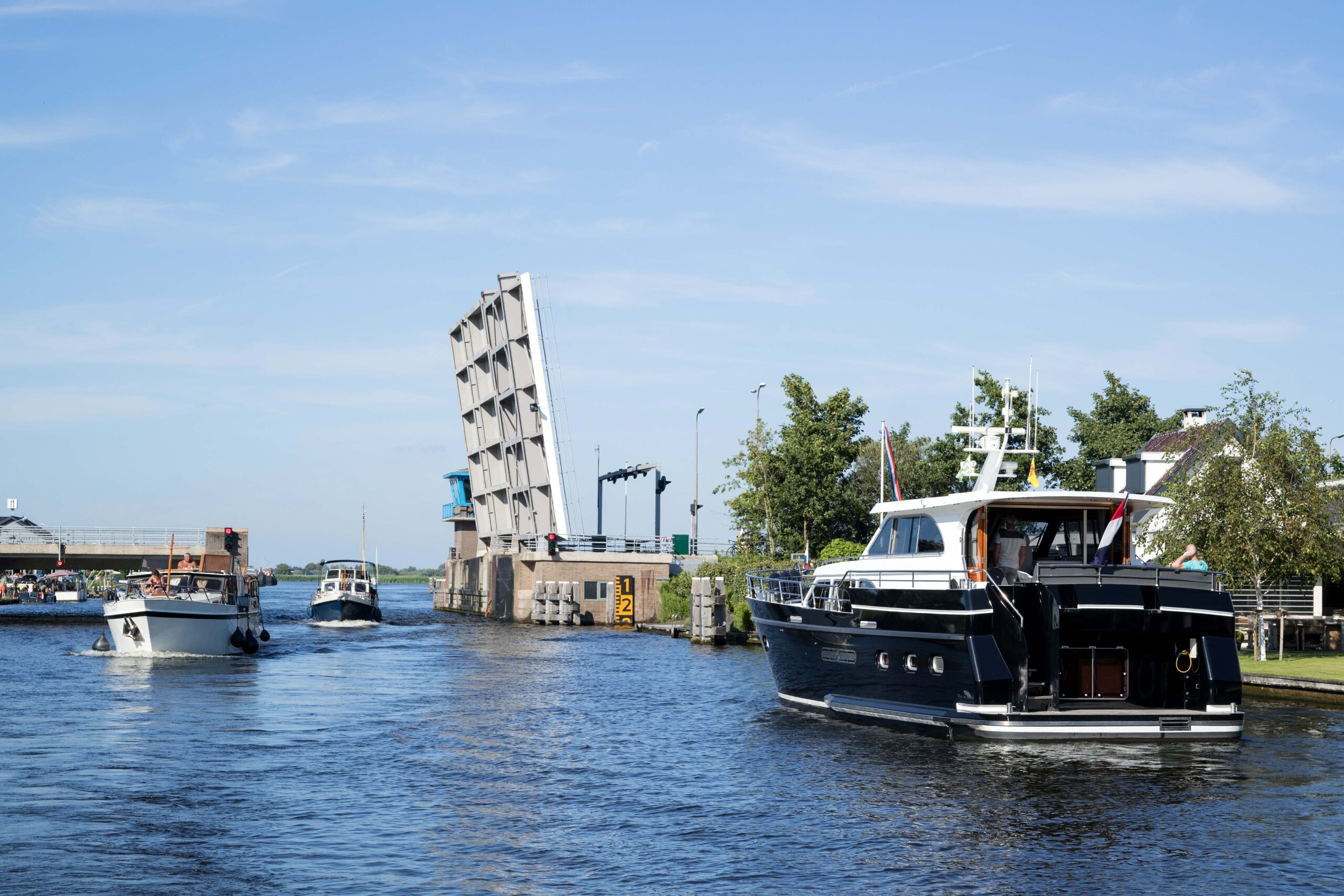 Blauwe Golf, Verbindend (BGV; Blue Wave Connects) collects and disseminates real-time information about current and planned bridge openings. In addition, the system displays the availability of berths in the ports of Amsterdam and Rotterdam. Using data from the web portal, navigation systems on the road and on the waterways can include bridge openings in their calculation and skippers can easily find available berths in port. BGV was developed by Technolution Move and is continually being expanded further.

Optimizing use on the waterways

BGV offers skippers valuable support in their work. It gives them immediate insight into current and planned bridge openings. By adjusting their speed accordingly, skippers can avoid unnecessary idle time, thus saving time, fuel and money. When a vessel approaches the port, apps using data from BGV show which berths are still free. Skippers don’t have to look for berths any longer and subsequent movements are not necessary. Traffic control centers, ports and shippers combine the information from BGV with real-time information on the location, direction and speed of vessels for optimal alignment. This, too, contributes to an efficient logistical process.

Data from many sources

The BGV web portal is a ‘data bus’ in which we have combined data from many sources to form a single, coherent flow of information. There are connections with existing systems such as FIS (fareway information), NDW (National Data Warehouse for Traffic Information), the systems of the provinces of Noord-Holland and Zuid-Holland, and of regional units of Rijkswaterstaat (the Dutch Directorate-General for Public Works and Water Management). The operating systems of the ports of Amsterdam and Rotterdam provide information about the occupancy of berths through BLIS (Inland Shipping Berths Information System). All information is enriched, bundled and made legible in BGV. It is then made accessible to any interested users through the NDW.

Technolution Move is working constantly to expand BGV’s data sources. New bridges and locks are regularly added to the web portal. In addition to Amsterdam and Rotterdam, Rijkswaterstaat will shortly also begin to provide information about berths.

Better flow on the road: another benefit

BGV data on bridge openings will also be made available in our traffic management platform MobiMaestro. In this way, BGV contributes to better traffic flow on the road. In the future, it will be possible to adjust bridge openings to each other so as to minimize disruption to road traffic. Route information panels will communicate openings to road users so that they can adjust their itinerary if necessary. Directions for vessel traffic, for instance concerning upcoming bridge openings, will be communicated to vessels through digital information panels on the shore.

This project was carried out by Technolution Move for the Dutch Ministry of Infrastructure and Water Management under the ‘Optimizing Use’ (Beter Benutten) program, in partnership with the provinces of Zuid-Holland and Noord-Holland, Rijkswaterstaat, the Port of Rotterdam and the Port of Amsterdam.