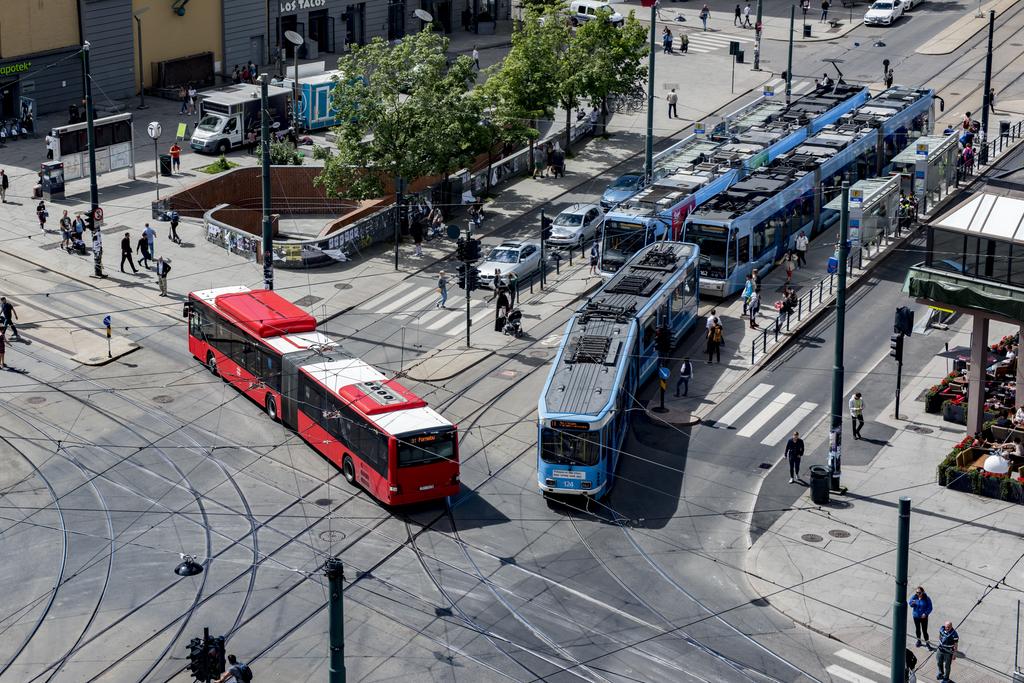 Tech companies Aventi and Technolution Move will develop, implement and maintain a system that provides conditional priority to busses and trams at traffic lights. The new system expands and renews the room for maneuver and makes it possible to set more criteria for how travel by public transport becomes smoother and more reliable.

Oslo holds a strong position as one of the greenest capitals in the world. The city center is almost completely car-free, and with close to zero fatal accidents among pedestrians and cyclists it is also one of the safest cities in the world. For Oslo to maintain this position and attain its ambitions for 2030, public transport needs to be seamless, flexible and reliable.

Every day, 2,000 busses and trams traverse the city of Oslo and Viken region passing more than 400 intersections controlled by traffic lights. The new Public Transport Priority System will continuously monitor the position of every one of these vehicles in relation to their timetables, determine their priorities, and adjust the traffic lights accordingly. The system will take other traffic into account as well, preventing unwanted delays as much as possible. As a result, public transport will move easier through the city and its passengers will experience punctual, comfortable journeys. Public transport in the greater Oslo region will provide an even more dependable and attractive alternative to traveling by car.

“We are looking forward to having a new priority system for public transport in place. More opportunities to manage the priorities for public transport provide greater room to operate. We see this as an important contribution to making it more attractive to choose green travel alternatives. In addition, a simpler support system will make it easier to monitor and make changes to the system”.

Based on proven technology and open standards

·       Interfaces to central databases for GPS information on busses, trams and other prioritized traffic.

The core functionality of the system will be provided by MobiMaestro®, the traffic management platform developed by the Dutch tech company Technolution Move. MobiMaestro is proven technology. It has a large installed base in the Netherlands and the rest of Europe. While MobiMaestro provides much of the required functionality out of the box, Technolution Move will build additional components to meet the specific requirements for the prioritization of the Oslo public transport. Furthermore, the system can provide scenarios for special situations, such as roadworks, traffic incidents and major events. MobiMaestro implements open standards for traffic management. The interfaces to the Oslo traffic light controllers will be based on the open Road Side Messaging Protocol (RSMP) that is used throughout Scandinavia for controlling traffic lights and other roadside equipment. The use of open standards like RSMP prevents vendor lock-in and offers the city flexibility for future upgrades of the system.

We are thrilled that with the use of RSMP we will deliver a sophisticated Public Transport Priority System for the City of Oslo, Viken Region and the National Public Road administration. We are looking forward to jointly with all the involved partners deliver a system that will contribute to the livability of the Oslo Region”.

Managed, hosted and supported in Norway

The Norwegian tech company Aventi, which has extensive experience in traffic solutions, will manage the project. In addition, they are responsible for setting up and managing the hosting environment of the Public Transport Priority System, and for testing and configuring the system. Together with Technolution Move, Aventi will provide service and maintenance for the system for a period of ten years. Based on the current project schedule, the first group of twenty intersections in Oslo will be connected to the Public Transport Priory system by mid-2021. The integration of all 400+ intersections into the system is expected to be completed a year after that.

“We appreciate the trust Oslo City Environment Agency with partners have shown us in this project. For Aventi, this is an important recognition of the expertise Aventi possesses in advanced Road monitoring and control. Technolution MobiMaestro software is one of the leading systems in the market and is an excellent platform for priority management. For Aventi, this is well in line for our continuous work and positioning in modern control and surveillance of roads and traffic”.